When we first started telling people that we were embarking on an International Move, some asked why. It wasn't as simple as "it's a great opportunity". A lot of thought and prayers went into this decision and I am now going to tell you exactly "why we moved"... 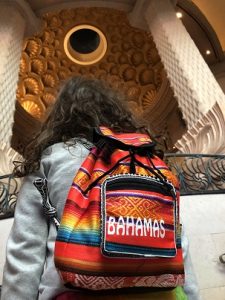 My husband and I met in Dubai. We were expats and we enjoyed the lifestyle. However, after five years, we wanted a change. It wasn't a difficult 'yes' when we were offered a move to Europe. It was a fantastic opportunity for hubby as it would really boost his career. And for me: I was going to learn a new language. When we moved to Germany, I knew it wasn't a forever deal - I did not plan to retire there. And then we had a baby. Our family was now complete. Did we really want to start over somewhere else with a child? Why not? 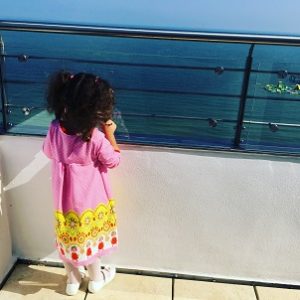 Miss E has always loved the ocean and being near the water. Our trips up north Germany was always a highlight for her.

We had been living in Germany for 5 years, Miss E was 4 years old. My feet had started itching - they wanted to move. Hubby and I started thinking and talking about our options - which were quite limited. I have no higher education and hubby is in a sort of 'specialised' field. Our list of 'must-haves' was very short: warmer climate or at least four equal seasons per year; access to beach. Yep, that was about it. Both hubby and I grew up with easy access to the ocean or beach and it was one of the biggest things missing in our lives. And Miss E felt the same way. 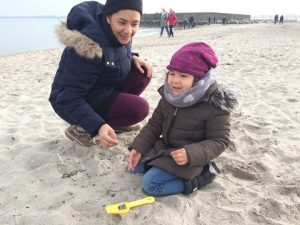 We love the ocean, clearly. Even when it was a bit chilly, we would bundle ourselves up and head out for some ocean air. 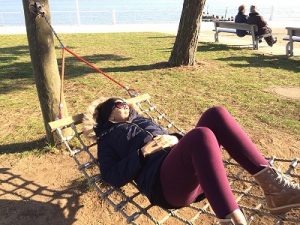 It wasn't just the beach though, we craved Vitamin D

There were many days I would wake up in Germany and think of beautiful sunrises and amazing sunsets. And I was always disappointed when I looked out of my kitchen window to grey skies. Miss E often talked about how she wished she didn't have to wear gloves and scarves and the thick jackets during the long winters. She has always been a very bubbly, active child, but in the summer months, she bloomed - just like here mama. But unlike her mama, she kept her bubbly personality throughout the year. I couldn't. Winters were very depressing for me. I would go days without wanting to leave the apartment. It was only because I had to take Miss E to Kindergarten and collect her, that I would force myself to soldier on. 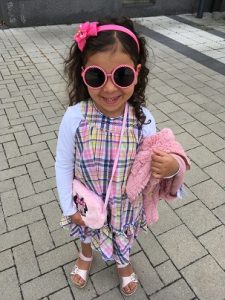 Summers were rather short, and so on the days we did venture out when the sun shone, we still needed sweaters

It wasn't very difficult to decide to accept the offer to move to the Island of New Providence. Honestly, The Bahamas was never on our list of countries to move to, but we jumped at the chance to be near the ocean and wake up to bright skies all year around. 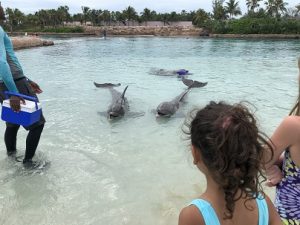 So you see, our reason for moving was quite simple: sun and surf. 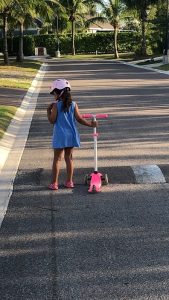 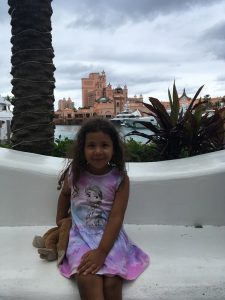 We have not worn jeans in months...we don't own jeans 🙂

Have you ever moved to a different country? What was your reason? Do you think it is easier moving with smaller children or teenagers? 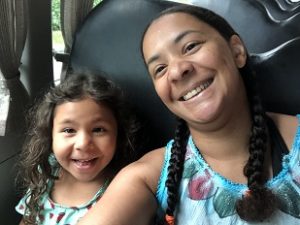 Till next time, Lovelies
Zee