Following on from Part 1 of our International Move - which you can read over here, we continue where I left off...

So hubby boarded his flight which would take him to Nassau, Bahamas via Toronto Canada. Miss E and I were now without a car - I hate driving - and made our way back to Neuss by train. When we got home, we were both emotionally drained and physically tired. I ordered some pizza for dinner and we fell asleep in each other's arms. 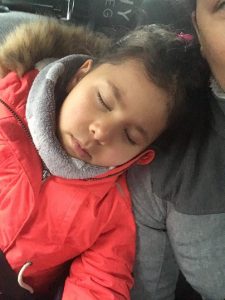 Knocked out...Goodbyes are so exhausting

The next day we headed to hubby's family by early morning train to spend the weekend saying our farewells. Damn that was hard! I hate goodbye's in general. But knowing that you won't be seeing someone (be it family or friend) for a very long time, ya'll know how hard that is. At the time, I wondered if it had been a good idea to book this little getaway: the FEELS we both had was draining. I was not sleeping well, Miss E was missing her dad. And it was hitting me hard that I still had a million and one things to do before boarding our flight - how was I going to manage it all!!! 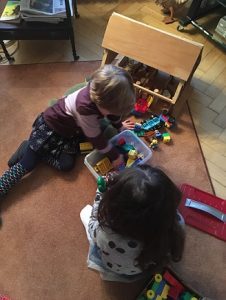 Quality time with one of her cousins 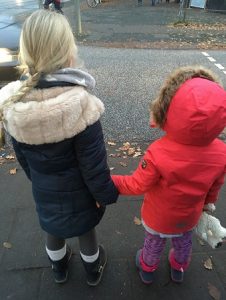 One last walk with her other cousin

What helped was that we still had some things to look forward to: There were several things happening at Kindergarten that Miss E was really looking forward to; I had weekday mornings to get through more packing and selling and organising; and I had some dates set up with my girl friends for some last hooras! It was good. It was certainly a very good distraction to the chaos that was my home.

At the same time, I didn't want Miss E's routine to be completely disrupted: yes, Dad wasn't home; and there were boxes all over the house; everyday she had to say goodbye to beloved toys as I either sold them or packed them up (books and plush animals mostly). We had LOADS of Mommy-and-Me time. We made the most of our afternoons and evenings together alone. I took her to the movies to watch Frozen 2. We jumped in rain puddles, went for walks in the park after Kindergarten. And we spent many evenings eating picnic-style in the living-room (it just wasn't the same eating at the dinner table without dad). 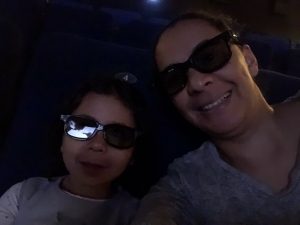 I kept this movie date as a surprise and Miss E was super excited when she knew what was going on. 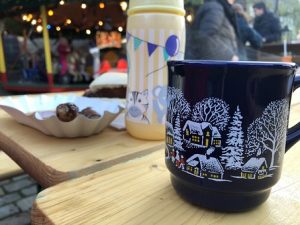 Mommy gets her first Mulled Wine of the Season...helped to lift the spirits. 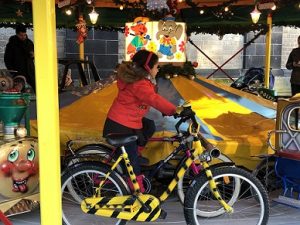 "Riding" a bicycle on a carousel

Two weeks after hubby left, I had managed to pack up the last of our things we were putting into storage. I was exhausted: I had packed, unpacked, re-packed and weighed our 6 suitcases about 6 times; Miss E didn't want to talk about moving anymore and we were both just exhausted. I decided we would just take a break. My brothers-in-law arrived to collect the last of our boxes which they would put into storage for us and yet another farewell was had. Miss E and I stood waving them off and when we returned to our very empty apartment, Miss E said "and now?" and we both burst out laughing because those two words echoed through the house. 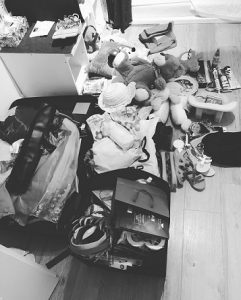 Packed, unpacked, repacked...this was not fun

On December 1st, we had a visitor: Tinsel the Elf had arrived in style - Miss E found him lying in a 'bubble bath' in the bathroom basin. It was the best distraction I could have come up with for Miss E. And he was such a great sport with popping up in crazy places all over the house. 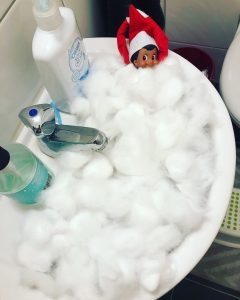 Finally our last day in our apartment arrived - the only home Miss E has ever known. Oma and Opa had also made the trip down to Neuss to help us get to Frankfurt for our flight. That morning I sent Miss E with her grandparents for breakfast and I got our suitcases out to the front door to be loaded into their car. I did one last sweep through the apartment, checked behind every door, even did one last emotional video of our home. Then the lady who was moving in arrived for handing over of the keys. It was a very emotional experience. Miss E had also arrived home and we said 'goodbye' to our apartment. She too, had tears in her eyes. We were closing a chapter, and I reassured her that our next chapter would be amazing. 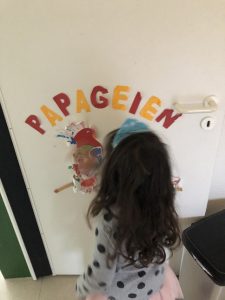 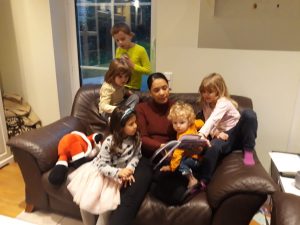 These kids have been a part of our lives for over 5 years. And I don't know when I will see my Godson again 🙁 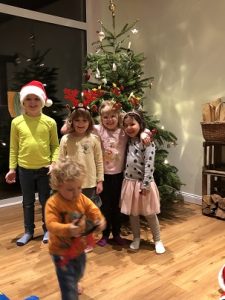 Trying to get a posed photograph of this group is hysterical. I think I took about 15 photos...

Our last farewell was to our neighbours downstairs. Miss E was exhausted by then and didn't want a long drawn-out goodbye. We headed to the city afterwards and made our way to the train station for our train to Frankfurt. Once we arrived there, she was feeling loads better and even asked if Tinsel knows that we won't be in Germany anymore and if he was going to visit her in The Bahamas. We checked in our luggage and paid for the excess, then went to our hotel where we would spend the night. Oma and Opa were booked into the hotel as well. Next morning, we enjoyed breakfast together and in a very good move, the grandparents decided it would be best to bid us farewell at the hotel, rather than at the airport. 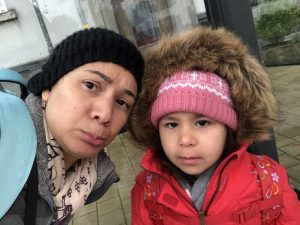 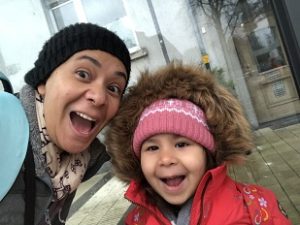 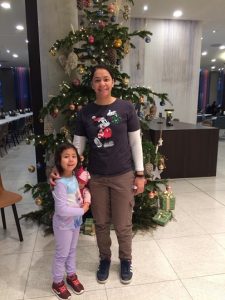 Our last night in Germany

Sometimes we just have to let it out, so that we can feel better...

En-route to the airport, there was a lot of crying on Miss E's part. And it was very difficult to console her, even with the idea of seeing her dad in 30 hours and swimming in the ocean. So I just let her cry.

This could not have been a more perfect send-off if I had planned it. Christmas "Angels" at the departure lounge at the airport

Once we were boarded and settled in our seats, I started to feel like the pressure was finally off. And that is when my body decided to relax...which allowed to for the real exhaustion to hit...check out Part 3 for the start of our new adventure.

Till next time, Dearies
Zee