So, as you may have noticed, we live in The Bahamas. We recently embarked on our grand adventure and I wanted to share with you how it all went. So read on for Part 1 of Our International Move...

How it all started:

In July of 2019, my husband was given the opportunity to interview for a position in the Bahamas. We had been keen on doing an International move for a while, but our options were very limited. We also had a list of things we really wanted to have available in the next country or city (top of that list was access to a beach). Never once did Nassau, Bahamas ever come to our minds when we discussed our list. So when the opportunity presented itself, we were very excited.

At first glance, living on an island surrounded by water seemed most appealing. However, once the initial excitement wore off and more research was done (by yours truly), I started doubting whether such a move was best for our little family. There were so many things to consider: would Miss E be joining school; cost of living is very high; we would be expats.

Of course I did the only thing that one can do in such a situation - I grabbed a pen and paper and started a Pro's and Cons List. I spent three days on that list and the Pros far outweighed the Cons.

The Interview Process was a long one, with a few 'back-and-forths', and a period of 'no communication'. In August, we started doubting whether we were even being considered anymore - such was the silence from their end.

In September, Hubby received the good news along with the Contract. A few days later, we accepted the offer and our lives were forever changed. Lists were made; plans were put into place; the first set of important people were informed - it was the start of a thrilling rollercoaster ride. 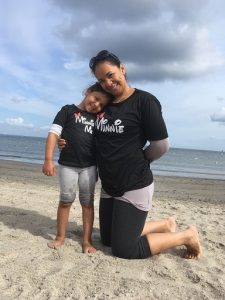 This was on our visit to tell the family about our big plans.

Our priority was to speak to Miss E about the changes that were coming. It was important to me that she not only be included in some of the key decisions of our move, but also to keep the lines of communication open. At four and a half years old, we didn't expect pushback, but we wanted to ensure that she felt like she was included in the process and not just being told what to do and to 'deal with it'.

Then we decided to tell our families. They were happy for us, of course sad we would be leaving Germany. My family on the other hand, couldn't be too sad, because we were so far away anyway. Although now there is a 6 hour time difference, so that does make it harder to call or Skype.

When the ball got rolling, there was no stopping it

There were so many things to do that I had to start making lists. We had to give notice on our apartment; figure out the best way to sell our car; shipping our belongings; informing our Kindergarten; and all the while keeping our move off social media 🙂 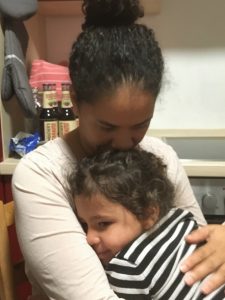 At first we wanted to ship our belongings to Nassau, but after much research and talks with a few people who already have made the move to the island, we realised that shipping would not be the best option. Not only would most of our electronics not work due to the voltage difference (it didn't make sense purchasing voltage converters), but shipping itself would be very expensive. Our only option was to store our expensive large items, sell off what we can and give away the rest. This was not going to be easy 🙂 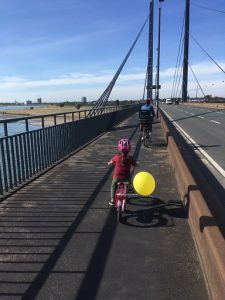 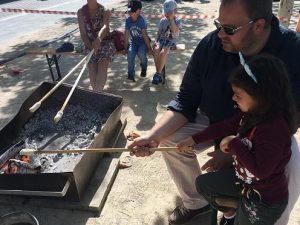 We still did lots of fun stuff during this time of packing and planning.

In October, I had just returned from a Girls' Trip to London with my good friend, Sandy, when we got the news that my husband had to move sooner than we had initially planned. And since we had so many commitments and things to do, we couldn't leave together. our timeline got moved up by one full month, which meant we had to hustle on the packing. We rented a moving van so that we could take 80% of our belongings to a storage facility we rented for two years. Hubby drove the van up north, got everything packed into the storage container and made his way back home - all within 36 hours. 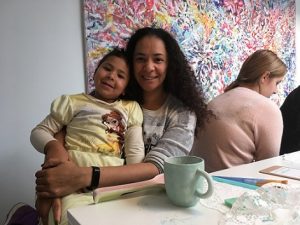 I treated Miss E to a Ceramic Painting session to distract her a bit and also to make sure we still got our time together during all the chaos happening in our home.

November 13 saw us selling our car and it was the first time since we said "yes" to this move, that it hit me that it was all real. Don't get me wrong: I knew what was happening. But with all the actual packing and telling people and getting rid of stuff, I didn't really have time for it all to set in: we were packing up our home of 6 years and leaving one continent for an island! 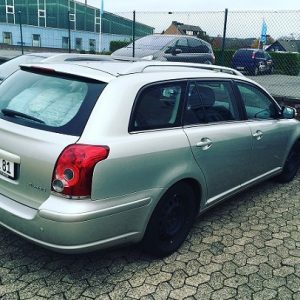 It didn't hit me yet that we were moving to another country...not until the day we sold our car 🙁

Two days later, I found myself sitting on the floor of Frankfurt International Airport holding and comforting my daughter - both of us crying. We had just said 'goodbye' to her dad who was walking toward Airport Security. We were going to be by ourselves for one full month. 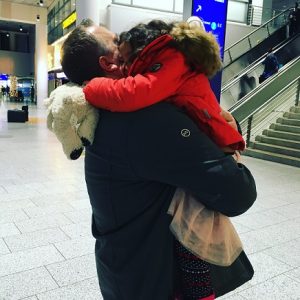 "Goodbye, Papa. See you in one month."

This was just one more test of my patience, faith and resilience...To Be Continued in Part 2

Till next time,
Zee